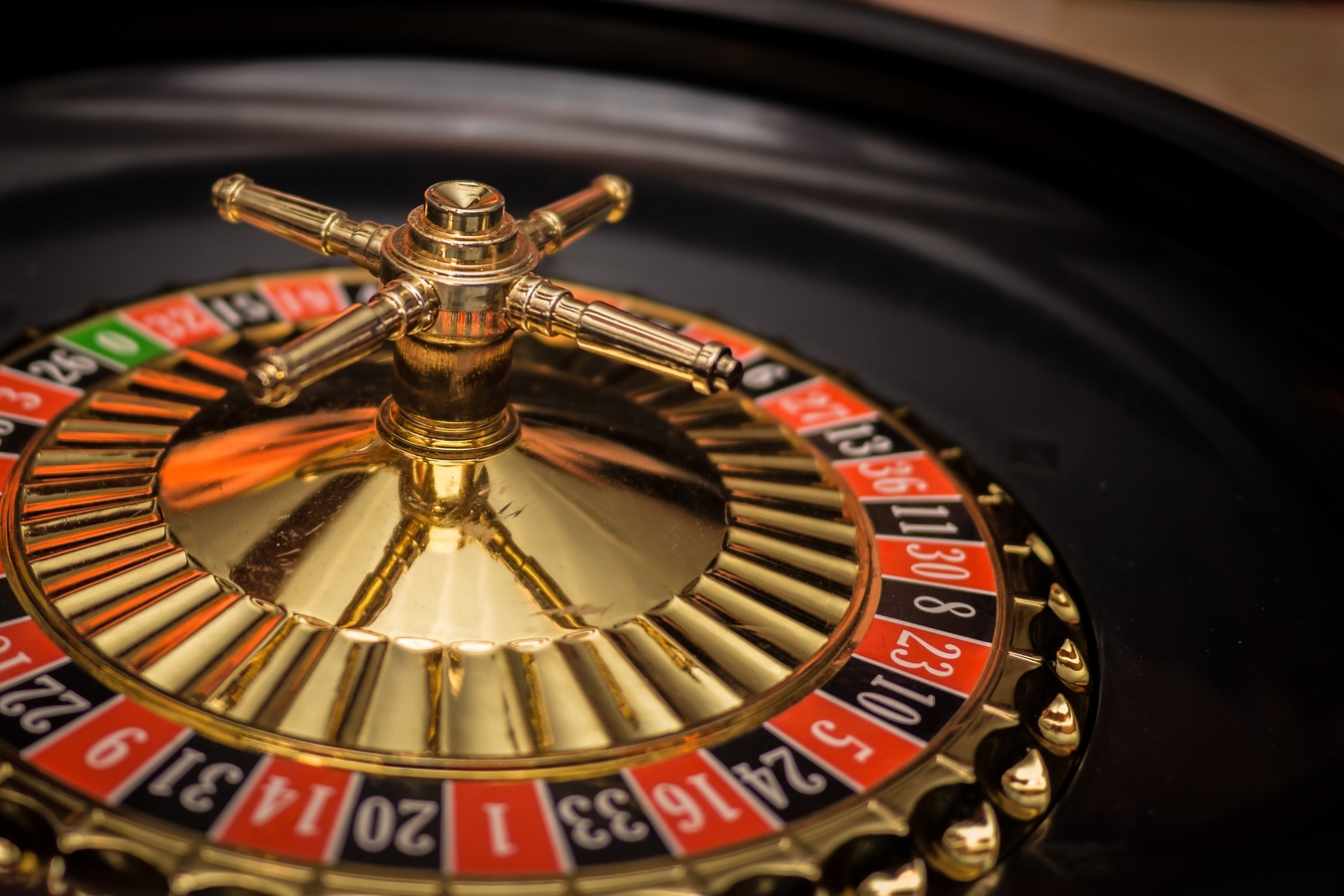 How to win at a casino, or what roulette can teach those who do not like gambling – Part 2

Myth 4: The casino is twisting the roulette to make you lose.

Quite the contrary, the casino tries to make the roulette work as well as possible, i.e. the numbers fall out in a completely random order. This slot machine can be twisted, we put any probability of winning – the player still will not check. Roulette – a completely different matter. It is enough a small skewed table and the casino will start losing money. Players will quickly notice if numbers from one roulette sector start to fall out more often. And that’s it, the roulette will be unprofitable for the owner. That’s why the tables are not only perfectly level, but also a special counter controls the randomness of numbers dropping out, signaling in case of suspicious deviations from the theory of probability.

A history of zero. I happened to meet a roulette curve once. Of course, in a serious casino, it’s almost impossible. It was the only time in my life when I bet on a specific number (never do that, see below!) and … won 🙂 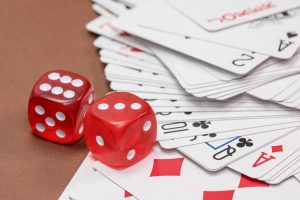 Myth 5: Casinos are expensive, they lose a lot.

They lose at the casino for exactly as long as they want to lose. For example, at the Monte Carlo casino, the minimum bet is 5 euros. This means that you can play for 100 euros all night, getting positive emotions. Or you can lose this hundred in 3 minutes without getting a single gram of pleasure. Details are below.

How to win roulette good mood with minimal expense

Now the fun part. I’ll tell you about the author’s system of roulette fun with minimal expenses (and you can find out what else is profitable :)).

First, never bet on a specific number! You bet on “14”? It’s less than 3% chance that “14” is the right number to bet on. So, instead of getting 36 chips instead of one placed on the table, you will probably just lose it.

Second, don’t bet on black and red. It’s the easiest and most attractive option for beginners. With a probability close to 50/50 you will either lose your chip or win 2 instead of 1 placed on the table. It’s better than betting on a specific number, naively believing that Fortune is sleeping and seeing how to pay attention to you. But it’s still not wise enough. That’s because:

a) for bets on black and red casinos, usually sets a minimum bet every 5 times higher than other betting options (so you lose money faster, not pulling a cat by the tail);

So what do you want to bet on?

Put 5 chips at once, closing 5 blocks of 6 digits (called “six-line” in English). At roulette, there is a betting option where one chip closes 6 consecutive numbers. It looks like this – point “F” (in the picture so closed numbers from 31 to 36):

By betting on 6 numbers, if you win, you get 6 instead of one chip placed. The probability of winning is 1/6 (more precisely, 6/37 due to the presence of “0”, but for simplicity we will consider that “one sixth”). However, we don’t want to win on average 1 time for every 6 bets. That is why we do not close 1 block of 6 numbers, but 5 at once. In other words, we only leave 6 unclosed numbers plus “0”. Which 6 numbers to leave unclosed – at your discretion, practice your intuition. The main thing is that now we will win with 5/6 probability (or rather, 30/37) and lose with 1/6 probability (or, taking into account zero, 7/37). That is, we are 5 times more likely to win than to lose. Yes, miracles don’t happen, if we win our purse with only one chip, and if one of “not ours” 7 numbers falls out, we will lose 5 chips. But the key point here is that we will win 5 times more than lose! 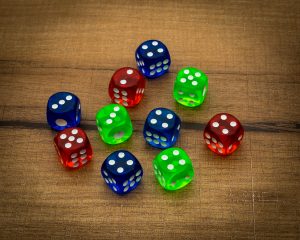 The point is that we are happy to win 1 chip not 5 times less than we regret the loss of 5. This is subjective, difficult to prove, but in practice it is. Winning more often, but less is a more positive pastime than winning a lot and rarely (or even never). In fact, if you bet on one number, you will win on average 37 times. But you have to, depressingly lose the chips 36 times and wait for this rare moment to win?! Especially since losses can easily be more than 36 in a row, and to “wait” for them, waiting to win, you need more chips … Do you need it, spend money on a bunch of chips and then watch your fiasco again and again? That’s not what you came to the casino for!

To play five-six tactics, you need 20 chips of start-up capital. I mean, 100 euros in Monte Carlo is enough. There’s a 0.13% chance you’ll never win. So you have to make a very big mistake in front of Fortune to get her to make such a cruel joke on you. The casino’s legal income of 2.7% wasn’t canceled for any betting approach. But if you put your 100 euros entirely on one number, or, better yet, on the “red and black”, about such a moderate casino income, you will learn only from this article, but not from practice :).

The described theory of “positive casino attendance” has been tested by me many times in practice and I can confirm that:

a) the joy of winning 1 chip may be less than the bitterness of losing 5, but certainly not 5 times. Therefore, winning 5 times more often than losing, you spend the evening positively, feeling in your own experience the basic rules of probability theory, which are not emphasized in the university.

b) 20 chips are enough for the evening. I haven’t been to the casino often, but I never left without a single chip. As a rule, with what I came and went, but sometimes on the plus side. This is explained by the fact that I didn’t play often and not all night for the flight, so these legal 2.7% just couldn’t be felt. Little pranks Fortune forgives 😉

Any other betting options?

Yes, there are. According to the same theory of enjoying the game, you can put 2 chips, closing 2 lines of 12 numbers (that close the line of 12 numbers is a chip “B” in the figure above). With a probability of 2 out of 3 you will increase your budget by 1 chip, otherwise you will lose 2 chips. In this case you will need even less “seed money”. If you have only 12 chips, then you will need to lose them all without winning – it is necessary to try very hard, because the probability of this is only 1.7%. But for me personally, the probability of losing every 2 wins does not seem to be a positive enough rest, so the option “five sixths” is better.

Or you can bring my theory to the point of absurdity – take 35 chips and close 35 numbers at once, leaving only 2 numbers for evil rock. With 95% probability (i.e. in 35 cases out of 37) you will return 35 chips and additionally get 1 prize. But in 5% of cases you will say goodbye to all 35 chips, which is very, very offensive. This is more of an approach for those who choose between suicide and “get rich”. Takes a man 35 million in debt, puts them on 35 numbers and with a probability of 95 out of 100 becomes a millionaire. Well, in 5 cases out of 100, the creditors will implement the first option… We don’t need that kind of roulette. 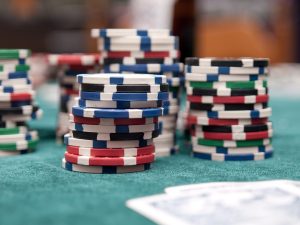 Roulette is a theory of probability in its purest form, which can be seen and touched. Roulette is the most honest way to take money away from the public, it is much more honest than contributions to major repairs or funded pensions.

The above approach is not only applicable at roulette. For example, movements in financial markets sometimes do not differ much from random. It is not for nothing that FOREX is often compared with casinos. If you rely not only on your knowledge and intuition, but also on the theory of probability, then you can let not so much to earn, but at least not to lose a lot 🙂